COSTA MESA, Calif. — Los Angeles Chargers rookie quarterback Justin Herbert might only be 22 years old, but he has more experience than just about any 22-year-old who didn’t have an offseason camp to prepare for a first NFL season where he’d unwittingly become the starter.

First off, Herbert hadn’t planned on playing right away. He was never told he’d be the starter, not getting the lion’s share of training camp work as a result. Veteran Tyrod Taylor was slated to be that guy. Second, the coronavirus pandemic took away the on-field offseason program and eliminated preseason games, depriving the University of Oregon product valuable reps.

“The whole offseason was tossed upside down,” says veteran quarterback coach John Beck, a former NFL player who works with clients of Athletes First, the agency that represents Herbert.

Herbert moved to Southern California from Eugene, Oregon, after he was drafted No. 6 overall by the Chargers, but according to Beck, “All the reps he got were him driving to Irvine and throwing to other Chargers guys.”

There was no instruction and coaching with Chargers staff, except over Zoom. 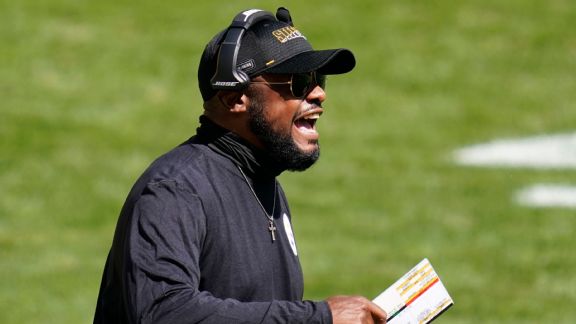 That wouldn’t have been as big of a deal if Herbert remained the understudy, as planned. But Taylor’s lung was punctured minutes before the Chargers’ Week 2 game with the Kansas City Chiefs, and Herbert had to wing it.

And wing it he did.

With one game to play Sunday, a rematch with those very Chiefs (4:25 p.m., Fox), Herbert has passed for 4,034 yards on 374-of-564 passing (66.3%) and 28 touchdown throws, setting the NFL rookie record for TD passes in a season in this past Sunday’s win over the Denver Broncos. Baker Mayfield previously held the record with 27, which he set with the Cleveland Browns in 2018.

Herbert has also set a rookie record for most 300-yard passing games with seven. With the Chiefs, who have already clinched home-field advantage in the AFC playoffs, likely sitting some starters, Andrew Luck’s 2012 rookie passing yardage record of 4,374 yards could be in Herbert’s reach, as the rookie is 340 yards away.

And Herbert is the fourth rookie QB to lead his team to game-winning drives in three straight weeks, according to Elias Sports Bureau. Therefore, it’s no surprise that Herbert is in position to be the NFL’s Offensive Rookie of the Year.

“As the year has gone on,” said Chargers coach Anthony Lynn, “he has been rising to the occasion when the team needs him most. And that’s a great sign.”

Mike Williams, the Chargers’ 6-foot-5, big-play wide receiver, is already excited about next season, with Herbert (hopefully) getting an entire offseason of official work with his receivers and getting starter’s reps in camp.

Herbert will likely be a lot more vocal, too, now that he has the confidence of his teammates and coaching staff, assuming they are kept on after a second consecutive losing season.

“Pep is a good communicator,” Lynn said. “A good teacher and a good man. All those make for a great coach.”

Lynn is just as quick to praise Herbert, who is methodical in his mental and physical preparation.

Defensive tackle Justin Jones said it simply, “We struck gold when we got Justin.” Beck added, “We knew he was good. We didn’t know he was this good.”

Herbert had been an Oregon kid all his life. Those were the people he knew and learned from. He wasn’t an “Elite 11” kid because he didn’t have to hit the recruiting camp circuit. He had a good coach at home in his dad and then later with Lane Johnson at Sheldon High School in Eugene. Plus, both his grandfathers were athletes. Good genes can go a long way. And to Herbert, that will always mean more than any record.

“I’ve gotten to know this young man a little more these last few months,” Lynn said. “He’s a young man who wants to win. He doesn’t care about records … [he] cares about his teammates, and that’s a sign of a good future leader.”

Beck said he wouldn’t be surprised if Herbert has a notebook from every game filled with things he needs to work on in the offseason. And that work will likely start immediately once the Chargers season is finished.

“Knowing Justin, he’s not going to be satisfied with what he did this season,” Beck said.

“In the NFL you’ve got to kind of find a way to win games,” Herbert said. “As these games have gone on, I think our team has begun to learn. We’ve gotten better.”

You may have missed