CINCINNATI — In one moment, Cincinnati Bengals wide receiver Tyler Boyd was making a play for his quarterback under pressure. In the next, Boyd was ready to fight.

In the second quarter of a 23-23 tie with the Philadelphia Eagles on Sunday, Boyd was getting up after 9-yard completion. He saw rookie quarterback Joe Burrow writhing in pain after a shoulder to the neck area knocked the wind out of him. 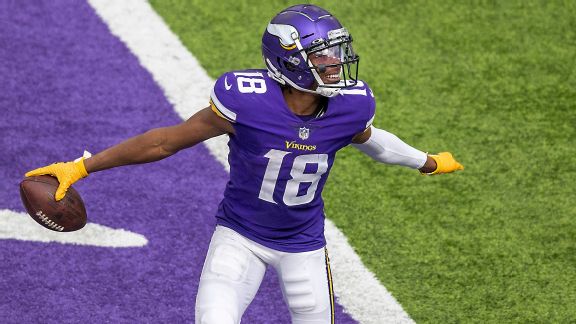 The fact Philadelphia’s Malik Jackson was whistled for roughing the passer didn’t matter to Boyd. The damage was done.

If that was the case, Boyd could find himself in scraps on a weekly basis.

Through three weeks, Burrow has been sacked 14 times, the most of any quarterback in the NFL. And while not all sacks, pressures and knockdowns are created equally, the Bengals acknowledged there needs to be a balance in order for Burrow to avoid serious risk.

“You don’t want your quarterback to get hit as much as he has,” Bengals offensive coordinator Brian Callahan said. “Some of those are on protection, just pure pass protection. Some of those are on him and the style of his play. The play is never over for him. He does everything he can to keep it alive.”

Burrow showed the good and the bad of extending plays outside of the pocket. In Week 2, he tried to spin away from an opposing defender and instead was thrown to the ground for a sack. In Week 3, he tried the same maneuver with Bengals coach Zac Taylor yelling in his ear to throw the ball away. This time, however, he was successful and almost had a big completion to wide receiver Tee Higgins.

“That makes Joe the player that he is,” Taylor said. “He’s not afraid to take those hits and put himself in those positions because it means explosive plays. There is a balance of being smart and putting yourself in that position.”

Burrow’s flair for extending plays takes a physical toll. Burrow was sacked eight times against the Eagles on Sunday. Taylor said the offensive line was at fault for four.

Against the Eagles, Burrow looked his sharpest and put the Bengals (0-2-1) in position to pick up their third win in two seasons. But once the game was pushed to overtime, the Bengals failed to generate any scoring opportunities. Cincinnati also struggled to protect their budding star. Burrow was sacked three times in overtime with two coming on the Bengals’ final drive.

For the second consecutive week, Burrow opted not to blame anyone else during his postgame news conference. When he was asked about what he can do to avoid getting hit and sacked, he was short and direct.

“Just get the ball out of my hands,” Burrow said. “Make plays with my feet.”

Despite the elusiveness Burrow has displayed, a college trait that has translated well to the next level, the Eagles’ pass rush didn’t leave Burrow many options.

After a Week 2 loss to the Cleveland Browns, Taylor downplayed any concerns over the pass-blocking and chalked the pressure Burrow faced up to his ability to extend plays. The numbers support this claim. While Burrow had the third-highest contacts among quarterbacks heading into Week 3, the Bengals were 21st in pass block win rate at 54.1%, an ESPN metric powered by NFL Next Gen. But on Sunday, Cincinnati’s rate was 51.4%, which ranked 23rd out of the 30 teams that played through Sunday.

But the Bengals don’t need any numbers to know they must do a better job of protecting Burrow. He’s not just a quarterback. Even though he has played only three games, Burrow is one of the Bengals’ top leaders.

“It hurts me because I know how much Joe wants to win,” Boyd said. “I know how much he dedicates himself to this game and the pressure he has coming onto this team.

“He feels that we should win each game. He feels that if we get the final drive, then he believes that we’re going to win. And that’s what I love about him.”